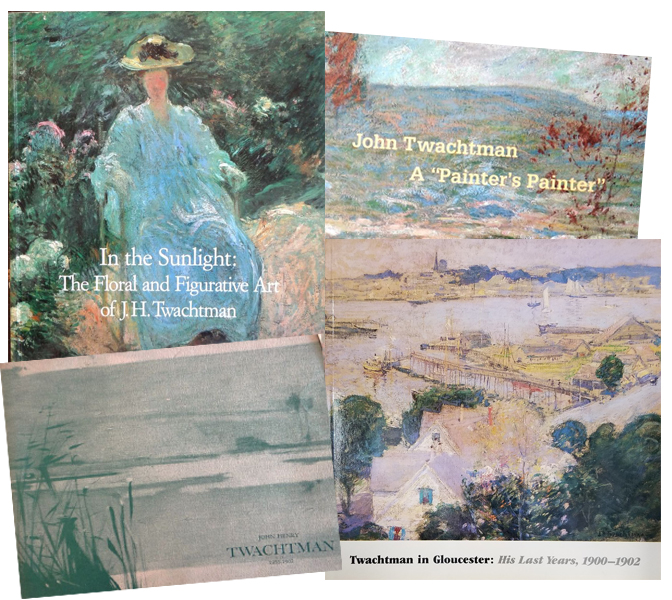 John Henry Twachtman was born in Cincinnati, Ohio and received his first art training there under Frank Duveneck. Like most artists of the era, Twachtman then proceeded to Europe to further his education. He enrolled in the Academy of Fine Arts in Munich in 1875 and visited Venice with Duveneck and William Merritt Chase. His landscapes from this time exhibit the loosely-brushed, shadowy technique taught at Munich. Twachtman also learned etching, and sometimes carried etching plates with him that he could use to spontaneously record a scene.

After a brief return to America, Twachtman studied from 1883 to 1885 at the Acadèmie Julian in Paris, and his paintings dramatically shifted towards a soft, gray and green tonalist style. During this time he painted what some art historians consider to be his greatest masterpieces, including Arques-la-Bataille, in the collection of the Metropolitan Museum of Art in New York, and Springtime, in the collection of the Cincinnati Art Museum.

In The Sunlight: The Floral and Figurative Art of J.H. Twachtman #793

In The Sunlight: The Floral and Figurative Art of J.H. Twachtman (Hard Cover) #148271

*Shipping not included and will be added at time of invoice adjustment. Please refer to Twachtman Collection Group #1 when ordering.